Buffalo, New York resident Corina Stormworthy has a passion for science and genetics. She received degrees in Biology B.S. and Biotechnology M.S. which also included taking graduate courses about genetics.

On her exam, one of the topics was Huntington’s disease (HD). This is a fatal genetic disorder that causes the progressive breakdown of nerve cells in the brain. It deteriorates a person’s physical and mental abilities during their prime working years and has no cure.

Corina would not only learn about HD but she would soon enough have a personal connection to HD as well.

Her grandfather had similar symptoms of HD but was not diagnosed. The symptoms of HD are described as having ALS, Parkinson’s and Alzheimer’s – simultaneously. Symptoms include personality changes, mood swings, depression, forgetfulness, impaired judgment, unsteady gait, involuntary movements, slurred speech, difficulty in swallowing, and significant weight loss.

According to Corina, his symptoms included chorea and dementia. Her family didn’t think much of it first because they thought this was due to age progression.

However, her father started to develop the same symptoms which led Corina to believe that this was HD related. At first, Corina would not consider this as a possibility that HD was a risk in her family. Every child of a parent with HD has a 50/50 chance of inheriting the faulty gene. 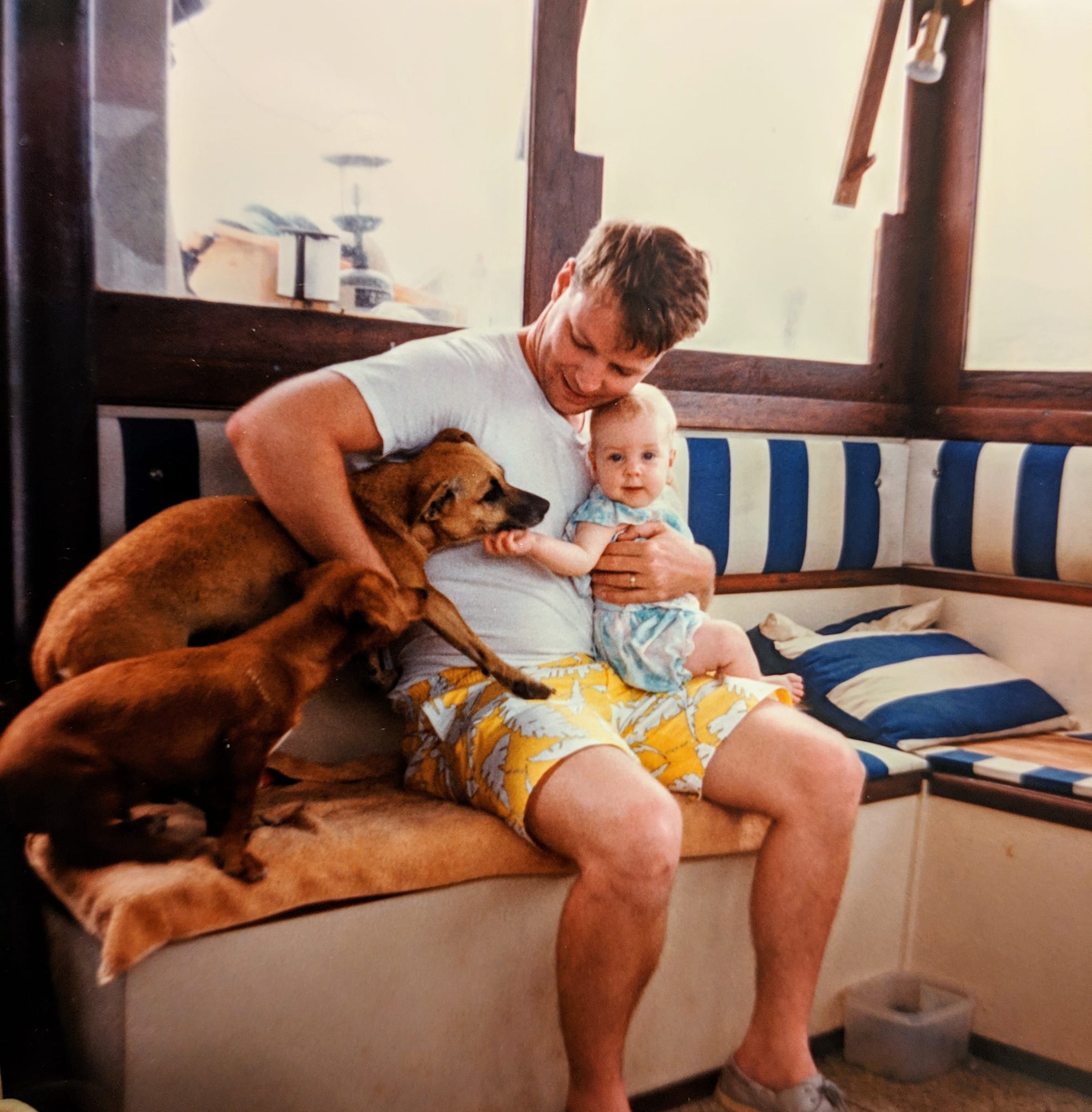 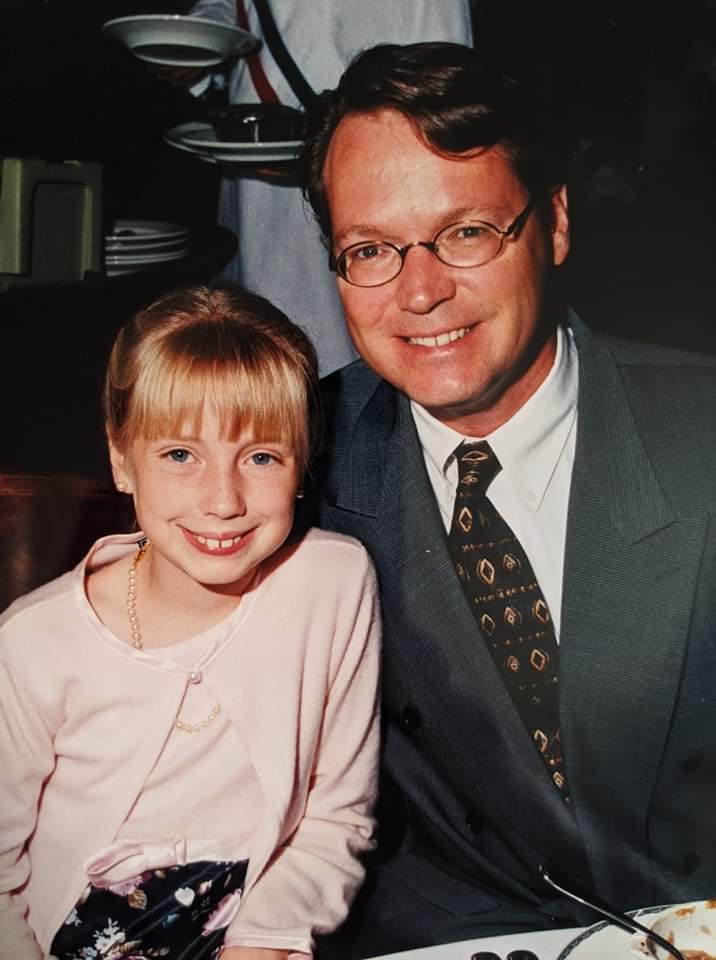 In her mind, Corina knew she had the disease because of what she learned about the disease as well as starting to develop similar symptoms to her father. It took time for Corina but she was tested for HD. According to Corina, she wanted to be tested for HD because she has the mind of a scientist and wanted yes or no answers.

Corina tested positive as well as her brother.

According to Corina, she found the news comforting because it was easier for her to digest and plan her future. Her father was a participant of the Roche (known as Genentech in the USA) Phase 3 trial called GENERATION-HD1.

Tominersen was designed to lower the amount of harmful huntingtin protein that builds up in the brain over the course of HD. This was an ongoing 2-year trial with 800 participants at nearly 100 sites worldwide. However, in 2021, the study was stopped. 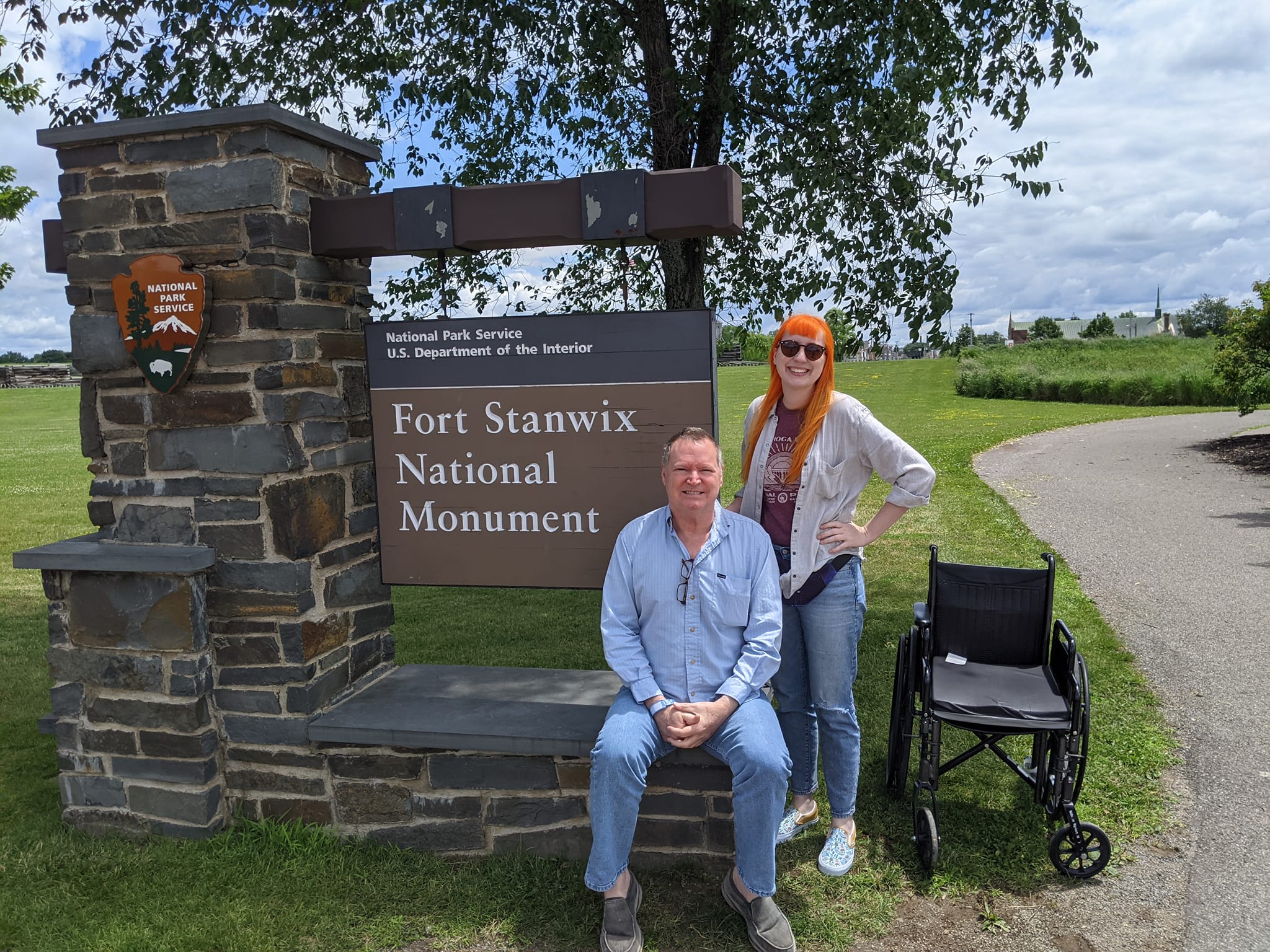 ​The news was disappointing, but Corina is not discouraged. She is honored to be a resource about HD for her family as well as provide awareness on a big platform.

Corina is the owner of Laundromutt Dog Grooming and Self-Service Salon. Alongside co-owner Macie, they were contestants on the ABC reality show Pooch Perfect. The show consisted of ten of the best dog groomers across the country and their assistants, who competed in themed challenges for judges including Lisa Vanderpump, Jorge Bendersky, and Dr. Callie Harris.

Macie was the groomer and Corina was the assistant. According to Corina, she debated whether or not to compete on the show because she wouldn’t know how she reacted in a high stress environment.

On the fifth episode, the assistants were tasked to groom instead of the dog groomers. Once she spoke to the judges, Corina revealed her HD diagnosis. According to Corina, this was an unexpected moment because did not want to reveal her diagnosis on television. It came out of panic but felt it was a moving moment and would later win the challenge.

Eventually, they would win the grand prize of $100,000 and a trophy. According to Corina, the money will be used towards the opportunity towards the business. This would allow her to feel more comfortable leaving as her HD symptoms progress.
​
Corina has a message for the HD Community:

“When you are gene positive, it does not mean your life is over. I do not have time to not be happy.”

Huntington’s disease (HD) is a fatal genetic disorder that causes the progressive breakdown of nerve cells in the brain. It deteriorates a person’s physical and mental abilities during their prime working years and has no cure. Every child of a parent with HD has a 50/50 chance of inheriting the faulty gene. Today, there are approximately 41,000 symptomatic Americans and more than 200,000 at-risk of inheriting the disease. The symptoms of HD are described as having ALS, Parkinson’s and Alzheimer’s – simultaneously.

HDSA was founded in 1967 by Marjorie Guthrie, the wife of legendary folk singer Woody Guthrie. Woody died from HD complications when he was only 55 years old, but the Guthrie family legacy lives on at HDSA to this day.